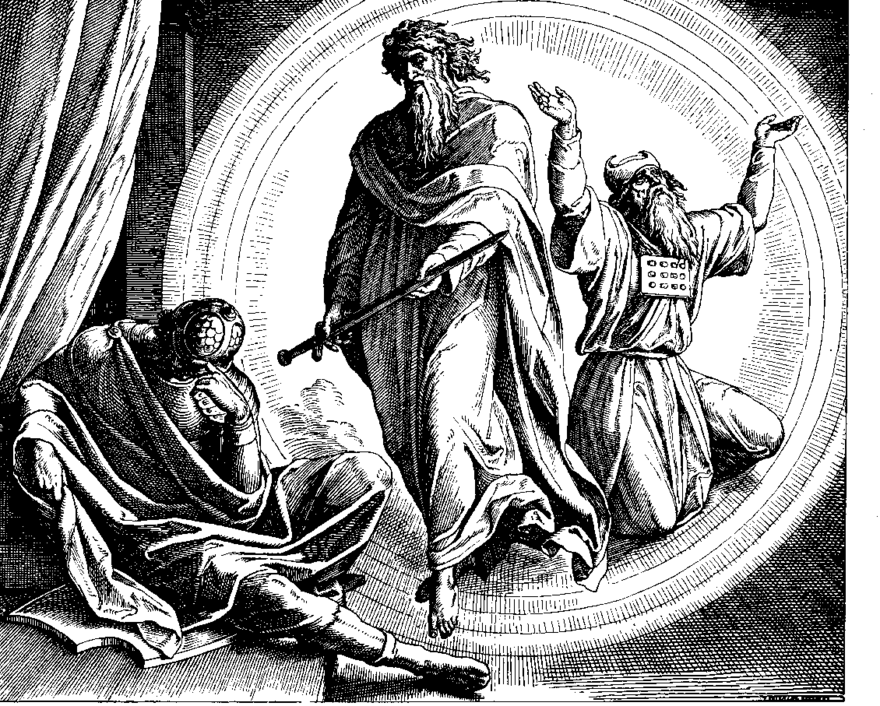 Today I came across a fascinating passage in the Apocrypha in the book of 2 Maccabees which talks of the hope of the resurrection of the dead. It uses some terminology that Paul later uses in 1 Corinthians 15 and elsewhere in the New Testament that I will point out briefly below. The passage reads as follows:

On the next day, as by that time it had become necessary, Judas and his men went to take up the bodies of the fallen and to bring them back to lie with their kinsmen in the sepulchres of their fathers. 40 Then under the tunic of every one of the dead they found sacred tokens of the idols of Jam′nia, which the law forbids the Jews to wear. And it became clear to all that this was why these men had fallen. 41 So they all blessed the ways of the Lord, the righteous Judge, who reveals the things that are hidden; 42 and they turned to prayer, beseeching that the sin which had been committed might be wholly blotted out. And the noble Judas exhorted the people to keep themselves free from sin, for they had seen with their own eyes what had happened because of the sin of those who had fallen. 43 He also took up a collection, man by man, to the amount of two thousand drachmas of silver, and sent it to Jerusalem to provide for a sin offering. In doing this he acted very well and honorably, taking account of the resurrection. 44 For if he were not expecting that those who had fallen would rise again, it would have been superfluous and foolish to pray for the dead. 45 But if he was looking to the splendid reward that is laid up for those who fall asleep in godliness, it was a holy and pious thought. Therefore he made atonement for the dead, that they might be delivered from their sin.
(2 Maccabees 12:39-45, RSV)

Although 2 Maccabees is not part of the canonical Old Testament of the Bible, it is useful for understanding the development of ideas in Judaism which were very much still in play at the time of the early church. In Acts 23:6-10 it records a dissension among the Jewish sects of the Pharisees and Sadducees over the very issue of whether there would be a resurrection of the dead. It is also not unlikely that Paul was familiar with the writings of what some call the Apocrypha, of which 2 Maccabees is a part. Therefore it is worth taking a look at some similarities between this passage and Paul’s writings.

Looking at some of the terminology of interest, in the Greek (LXX) version of this passage it uses ἀναστάσεως (vs. 43; “resurrection“), ἀναστῆναι (vs. 44; “rise again“), and κοιμωμένοις (vs. 45, “who fall asleep“). By comparison, the same participle for those who fall asleep is found in 1 Corinthians 15:18 (κοιμηθέντες; “who have fallen asleep” ESV) and 15:20 (κεκοιμημένων; “who have fallen asleep” ESV), and the verb form in 15:51 (κοιμηθησόμεθα; “sleep” ESV). Also the word resurrection (ἀνάστασις) is found throughout the chapter in verses 12, 13, 21, and 42.

In terms of the theological point being made in each passage, if Paul is drawing in part from the same concepts as the 2 Maccabees passage then the situation which he is addressing to his Corinthian audience led him to shift focus from 2 Maccabees’ “useless” (περισσὸν) and “silly/foolish” (ληρῶδες) prayers to rather speaking of faith being “in vain” (ματαία; 1 Corinthians 15:17) without resurrection. Of course, the basis of a hope for resurrection is much more specific and made explicit in Paul’s epistle: it is based on the fact of the resurrection of Jesus. Yet the basic point is the same: worrying or hoping for anything for those who are dead is pointless if there is no resurrection. The passages are not really parallel, but there are enough theological/conceptual similarities to reveal the shared thought of a hope for future resurrection in both passages.

There is one further word in the Greek LXX version of 2 Maccabees that is worthy of note though, which led me to this passage in the first place. It is the word ἀποκείμενον (lexical form: ἀπόκειμαι) which means to reserve, store/lay up, or put aside. It is rendered thus in the NETS Septuagint translation (identical to the RSV here):

“But if he was looking to the splendid reward that is laid up for those who fall asleep in godliness, it was a holy and pious thought.” (2 Maccabees 12:45a)

This same Greek word appears in the New Testament as well but occurs only four times; twice in Paul’s epistles. Paul similarly speaks along the lines of a future reward and a future hope (compare προσεδόκα, “expecting”, in 2 Maccabees 12:44) being laid up for the godly:

“Because of the hope laid up (ἀποκειμένην) for you in heaven, of which you previously heard in the word of truth, the gospel.” (Colossians 1:5, NASB)

“Henceforth there is laid up (ἀπόκειταί) for me the crown of righteousness, which the Lord, the righteous judge, will award to me on that day, and not only to me but also to all who have loved his appearing.” (2 Timothy 4:8, ESV)

From all this we can see some clear precursors in Jewish thinking about the expectation of the resurrection of the dead and the laying up of reward for the righteous on the day of resurrection. All of which ultimately leads up to the great revelation in the New Testament of the Jewish messiah Jesus, who is the resurrection and the life (John 11:25) and will thus raise those who “fall asleep” in him (1 Thessalonians 4:14).

Should Abram Have Taken Lot With Him?

True And False Gospel In Proverbs 9